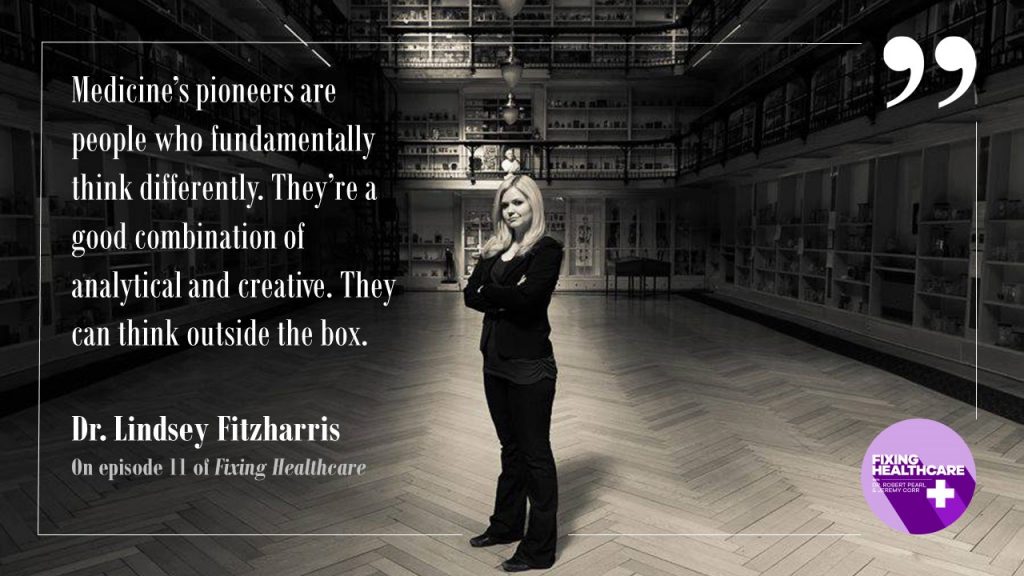 Consistent with the theme of Season 2, in which we look outside of traditional walls for medicine for ideas to fix healthcare, our guest this month comes to the Fixing Healthcare podcast from an unusual background. Dr. Lindsey Fitzharris is one of the world’s leading scholars on medical history, having earned her doctorate from the University of Oxford.

She wrote the bestselling book, “The Butchering Art: Joseph Lister’s Quest to Transform the Grizzly World of Victorian Medicine,” created the popular blog, the Chirurgeon’s Apprentice, and hosts the YouTube series, Under the Knife, which takes a humorous look back at our medical past.

In this episode, you’ll learn why:

READ: Full transcript of our discussion with Lindsey Fitzharris