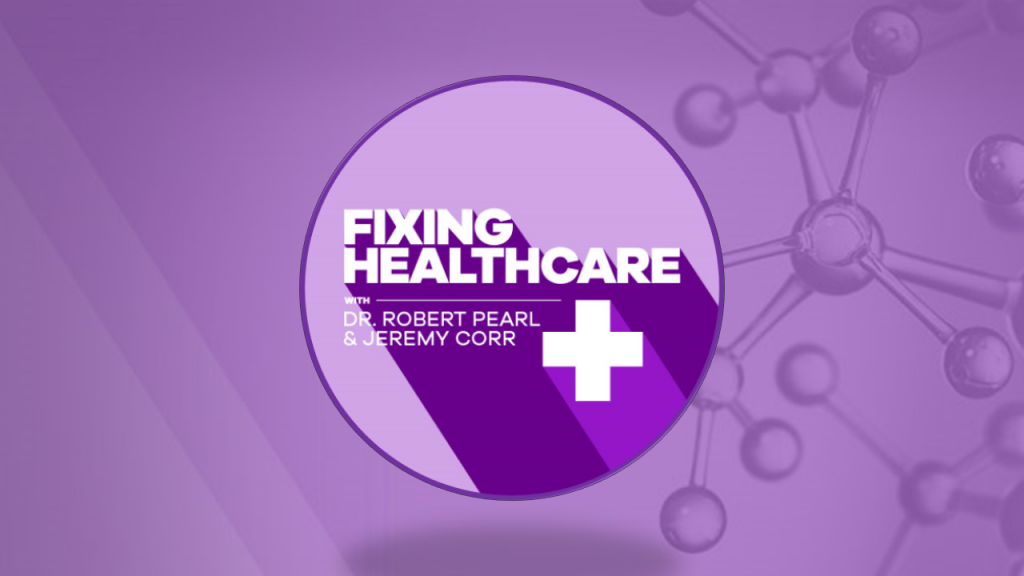 This article by Dr. Robert Pearl originally appeared on Forbes.com

The U.S. healthcare system has no shortage of problems. Independent studies confirm it’s the most expensive and least effective in the developed world.

Of course, disruptive ideas are just the beginning. The next step is figuring out how to make change happen. For that, I asked six experts from outside the medical mainstream to offer their strategies and insights during season two of the Fixing Healthcare podcast. Inspired by these conversations, and as a third step in the process, I invite you to participate in the following thought experiment:

It’s the year 2040. American healthcare has experienced a stunning reversal in both cost and quality. The United States now boasts the most effective and efficient medical care in the world. The $1 trillion question: How did it happen?

As far-fetched as this outcome may seem, the purpose of the question is to consider what, specifically, could spark major change in U.S. healthcare. Below are 12 possibilities, each based on the comments and credentials of recent Fixing Healthcare guests. If you concur with any of them, or wish to share your own thoughts, click the link below.

Cast your vote in the ‘Fixing Healthcare’ survey

Guest one of season two was Dr. Devi Shetty, India’s leading heart surgeon and founder of Narayana Health, which offers world-class cardiac surgeries for as little as $1,200 a case. Dr. Shetty was Mother Teresa’s personal physician and is the brains behind “Health City,” a sophisticated hospital system in the Cayman Islands, just one hour by plane from Miami. This offshore facility has the capacity to deliver care for thousands of Americans each year with clinical outcomes that rival the best U.S. hospitals.

Remember, it’s the year 2040 and American healthcare is now the best in the world. Could either of the following game-changing concepts (both inspired by Dr. Shetty) explain how it happened?

1. Global Disruption. Every industry that’s run as inefficiently as American healthcare has already been disrupted. So, looking back 20 years from now, did Americans find better and more affordable healthcare options beyond U.S. borders?

2. Twenty-first Century Tech. Dr. Shetty is a major advocate for using advanced information technologies in his facilities. In retrospect, did American doctors finally embrace mobile IT solutions (like smartphone- or tablet-based EHRs) to improve patient health and convenience?

Chip Heath, our second guest, teaches at the Stanford Graduate School of Business and has authored multiple New York Times bestsellers on driving and managing change. His business-focused insights inspired two solutions for radically transforming American healthcare over the next 20 years.

3. The Power Of Moments. History is often swayed in big moments. Think of how the Stonewall Riots in New York altered the course of gay rights or how heartbreaking news footage turned many Americans against the Vietnam War. Looking back, did a major event or heartbreaking story alter the course of U.S. healthcare?

4. Bright Spots. When business leaders try to make operational improvements, they often focus on the poorest performers. Instead, Heath says they should look for “bright spots.” These are existing success stories that, once identified, can be implemented and scaled broadly. So, did U.S. healthcare finally identify and replicate the most successful care-delivery approaches?

Dr. Elisabeth Rosenthal is a former New York Times healthcare reporter, current editor of Kaiser Health News and author of the bestselling book “An American Sickness.” Her solutions focus on giving power back to the patient.

5. Transparency. Rosenthal uses her media platform to fight for greater transparency. Assuming American healthcare is radically better by the year 2040, was it because doctors and hospitals were required to disclose their pricing and quality outcome data in ways that patients could understand and use?

6. Healthcare Voting. Every voter needs to be “a healthcare voter,” says Rosenthal. Did the great healthcare turnaround happen because Americans exercised their rights at the polls and demanded change from elected officials?

Dr. Zeev Neuwirth, guest number four on season two, is a primary care physician and author of “Reframing Healthcare: A Roadmap For Creating Disruptive Change.” He approaches healthcare transformation from a unique perspective.

7. Consumerized Care. Neuwirth believes American healthcare providers should adopt what he calls “a marketing mindset.” Applying this concept, can we imagine this approach inspired doctors, hospitals and health plans to put patients first, resulting in a more consumer-centric and affordable form of healthcare by 2040?

8. Battling Burnout. Neuwirth notes that today’s physicians feel underpaid, understaffed and highly dissatisfied. Looking back on the road to better healthcare, did U.S. physicians rally together and demand change on behalf of themselves and patients?

On the show, Dr. Lindsey Fitzharris described in vivid detail the horrors of Victorian-era medicine. She’s an Oxford-trained medical historian who wrote a bestselling book about the life of Joseph Lister, the medical pioneer who discovered antisepsis and revolutionized surgical practice. If the past is a window into the future, her research offers the following possibilities for disruptive change.

9. Modern Heroes. Medicine’s early pioneers include names like Lister, Semmelweis and Pasteur. These heroic figures revolutionized medical care. Looking back from the year 2040, was American healthcare saved by a new batch of medical visionaries?

10. Social Determinants. Another option based on Fitzharris’ research is that radical transformation in health happens not from within the traditional walls of medicine but through broader societal improvements. Did public health advances in U.S. society lead to better outcomes and greater life expectancy by the year 2040?

The season’s final guest was Dr. Kevin Pho, a practicing physician and host of the popular digital platform KevinMD. Pho knows that social and digital media can move mountains. He believes these forces can radically improve U.S. healthcare.

11. Patient Power. Social media has ignited past revolutions (think: the “Arab Spring” and, more recently, the #MeToo movement). Looking back from the year 2040, did patients band together online and use their collective voice to inspire major healthcare changes?

12. Internet Reliability. Whether doctors like it or not, patients are researching their symptoms and diseases on the internet. Unfortunately, the web is littered with false and misleading medical information. Looking back, did sweeping internet regulations help people avail themselves of reliable information and the best medical care possible?

There you have them, 12 “game-changing concepts” inspired by six unique minds: a social-media expert, a medical historian, a marketing-minded physician, a civic journalist, a business guru and the leader of an offshore hospital system. For additional information on each guest, read the transcript of the bonus episode of Fixing Healthcare. To offer your perspectives, visit the survey.

All six guests delivered keen insights on making change happen. Here are the top conclusions I drew from our conversations:

1. It’s unlikely that healthcare’s legacy players—insurance companies, hospitals, medical specialty organizations and drug companies—will get the job done. If they had any intention of reforming U.S. healthcare, it would have happened long ago.

2. Change is coming and it will be disruptive. The executives, administrators and organizations currently reaping the biggest rewards from today’s broken system will fall hardest when transformation happens. They’ll be forced to surrender both their power and profitability.

3. To my surprise, none of the guests on season two mentioned the possibility that the U.S. president or Congress might lead the change process in healthcare. In fact, they hardly referenced the political process at all. Such a sharp contrast in views—between the change experts on the show and the politicians currently running for president—raises an interesting question: What should be the role of the U.S. government in effecting meaningful change and fixing American healthcare?

It was Barack Obama—author of the most recent healthcare reform policy—who said, “The strongest democracies flourish from frequent and lively debate.”

So much of the healthcare discussion in this country is anchored in questions about health insurance: Who should be covered, how should it be accomplished and who should pay? But are these the right questions to ask if we hope to achieve lower healthcare costs, higher quality and greater life expectancy, or should the U.S. government focus its attention elsewhere?

To find out, season three of Fixing Healthcare will feature a lively, nonpartisan discussion about healthcare politics and policies.

Health-policy expert and president of The Commonwealth Fund David Blumenthal joined the program in September to discuss, among other things, his experiences as National Coordinator for Health Information Technology under the Obama administration. Upcoming guests include current and former presidential candidates, John Delaney and Eric Swalwell. In addition, Theranos whistleblower Tyler Schultz will explain what happens when federal regulators don’t do their job.

The broader the perspectives on the show, the better. To that end, invitations remain open to current White House officials, as well as others across the political spectrum. Ultimately, like former Vice President Hubert Humphrey, I believe that “freedom is hammered out on the anvil of discussion, dissent, and debate.”

Dr. Robert Pearl is the former CEO of The Permanente Medical Group, the nation’s largest physician group. He’s the bestselling author of “Mistreated: Why We Think We’re Getting Good Health Care–And Why We’re Usually Wrong” and a Stanford University professor. Follow him on Twitter @RobertPearlMD and sign up for his free monthly newsletter.