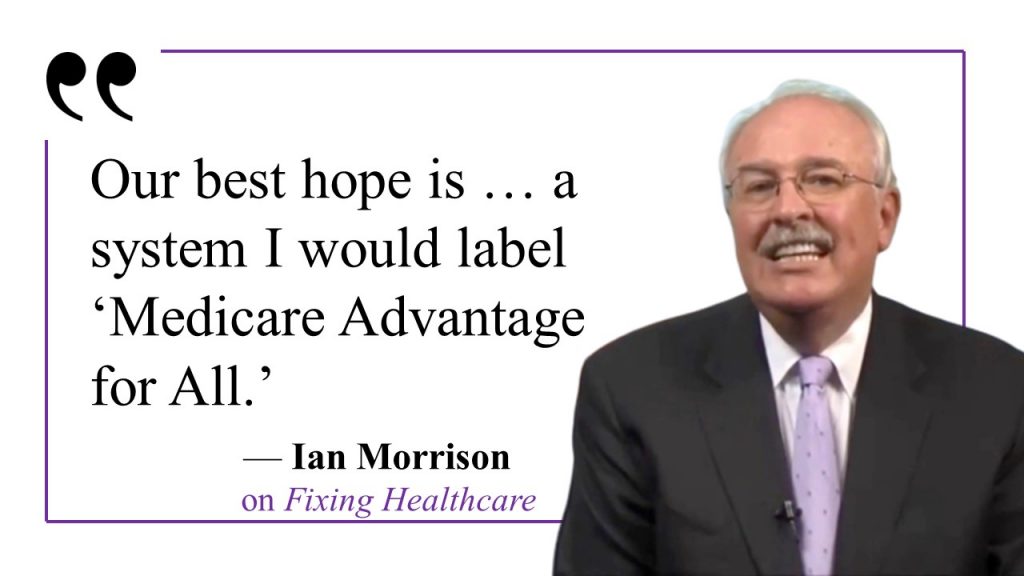 This holiday season, Fixing Healthcare hosts Jeremy Corr and Dr. Robert Pearl are mixing things up with a look back in time—way back, in fact, to the season-one finale with healthcare futurist Ian Morrison.

During this 2019 interview, Morrison earned the distinction of becoming the first (and still the only) guest to propose “Medicare Advantage for All” as a solution for fixing healthcare.

He explained: “Medicare Advantage for All reconciles different (American) values with regard to competition and the role of government, but mandates that everybody is in the system and covered.”

So, is “Medicare Advantage for All” a possible fix for the future of American healthcare? Did any of Morrison’s other healthcare predictions prove true? Tune in to find out.

Season 1 explainer: ‘Welcome to the toughest interview in healthcare’

The full transcript of this episode with Ian Morrison